PORTLAND, Ore. — An NAACP chapter president says police in Eugene, Oregon, used excessive force on his sister after she tried to stop an officer from deploying a Taser stun gun on her 19-year-old son.

Eric Richardson, president of the Eugene-Springfield NAACP chapter, said Ayisha Brown called a mental health service early July 16 because her son was having a psychotic breakdown. The assistance team could not respond, and police officers arrived.

Richardson, who said he witnessed the incident, said Brown hugged her agitated son to prevent an officer from using the stun gun.

An officer, who was white, threw Brown to the ground, put a knee in her back and arrested her, Richardson said. His sister, he said, suffered a concussion and has back and knee problems.

Richardson said he raised his hands and identified himself as the chapter president of the NAACP. He said the officers told him he was at risk of being tased.

“I asked everyone to calm down, and I don’t believe my efforts were respected,” he said.
Richardson said he has spoken with Police Chief Pete Kerns about the incident, and those talks have gone well. Richardson said his goals are to improve police training and transparency, while boosting resources for mental health.

“I want to be as positive as possible, while at the same time showing that I felt the whole situation that happened to my sister was unjust,” he said in a phone interview.

According to a recording of a 911 call released by Eugene police, the son was yelling and swearing at Brown, did not recognize her as his mother and believed he was trapped inside the house. A second caller, who talked with Brown some time later, told dispatchers that the son was choking Brown.

Another officer then told the son to step back or he would get tased, and Brown wrapped her hands around her son and asked the officer not to tase him, according to the report. The officer asked her to step back, but she did not comply. When the son started “moving aggressively” toward the officer, he eventually deployed the stun gun and handcuffed the son, according to the report.

Police and jail records obtained by The (Eugene) Register-Guard newspaper show Brown was booked into jail on a misdemeanor charge of interfering with police. She was released the same day, and prosecutors declined to file formal charges.

Kerns told KLCC radio in an interview that the police officers “went there with the best of intentions, to help the mom and the 19-year-old son who were in need of emergency services.”

“Responding to an incident, with a full-grown, strong, athletic man who is in a mental health break, and whose behavior is unpredictable, is a very, very difficult thing to do,” he said.

Kerns also said he could understand why the mother did not want to let go of her son.
Although Kerns defended the police officers as doing the best they could to control things, he said it would be inappropriate to say whether they followed policy until an investigation is concluded.
Kerns also said he doesn’t believe race was a factor.

He and Richardson, however, see eye-to-eye on the issue of mental health. “Our hope is that, together with NAACP and others, we can create greater mental health care capacity and better ways to care for people whose lives would benefit from those services,” Kerns said.

Eugene attorney Brian Michaels said he plans to file a lawsuit on behalf of Brown and her son.

“In our opinion, there was a certain racial overtone here,” Michaels said. “We don’t believe these officers were out gunning for blacks that night by any sense of the word. But I think if it were a white woman hugging her white son, they wouldn’t have tased. I think they would have felt more familiar, more comfortable.” 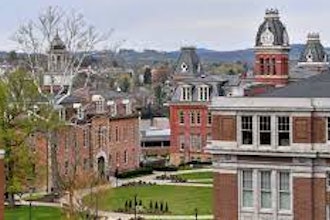