When Kao Lee Yang received a nomination from her university for the Gilliam Fellowship by the Howard Hughes Medical Institute for underrepresented groups in science, technology, engineering and math, she was thrilled. She's spent years working toward her doctorate in Alzheimer's research at the University of Wisconsin-Madison.

Yang is Asian American, and more specifically is Hmong American, part of a small minority in the United States with just 327,000 people. 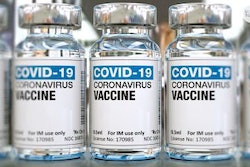 Black People Continue to Lag Behind in COVID Vaccinations