WASHINGTON — Setting aside decades of animosity and suspicion, senior Myanmar government and military officials have held unprecedented discussions with representatives of the main opposition party and ethnic minorities in Washington on fighting a common enemy — malaria.

In a meeting, Monday (Aug. 3), also attended by the U.S. government and military, scientific researchers and international foundations, comes amid growing concern over the spread of drug-resistant cases of the mosquito-borne disease in Myanmar and other Southeast Asian countries.

If resistance gains a foothold and spreads further, it threatens the effectiveness of the primary medicine used to combat malaria, artemisinin. Therapies using artemisinin have helped cut global malaria deaths by a quarter in the past decade. The disease still kills about 600,000 annually.

Myaing Myaing Nyunt from the University of Maryland Institute for Global Health, which helped organize the meeting at the Center for Strategic and International Studies think tank, said it was held in Washington to provide a neutral venue. She said the participants agreed to work together regardless of political situation in Myanmar, where landmark elections will be held Nov. 8.

Speaking after several participants addressed a news conference Tuesday, she said two factors had made cooperation possible: the opening in the country after five decades of direct military rule, and the potentially catastrophic public health consequences posed by artemisinin-resistance.

“Whoever wins the coming election, this malaria elimination program will go on, because there will still be this disease threatening our country,” Dr. Tin Myo Win, senior health adviser to Aung San Suu Kyi, leader of the main opposition National League for Democracy, told reporters.

Deputy health minister, Thein Thein Htay, said malaria cases in Myanmar have decreased from more than 300,000 in 2013 to about 250,000 in 2014 but the nation’s porous borders leave it vulnerable. She said studies were still ongoing to determine how far drug-resistance has spread.

Research published in Lancet Infectious Diseases journal in February, based on blood samples from 940 people with malaria from 55 sites across Myanmar, showed resistance was widespread across the country, including close to the western border with highly populated India.

According to the World Health Organization, resistance has also been detected in Cambodia, Laos, Thailand and Vietnam.

Myanmar suffers the most malaria deaths in the Mekong region. Among hardest-hit areas are those inhabited by ethnic minorities that have long fought central government control, and where many remain displaced by conflict and with little access to public health care.

Eh Kalu Shwe Oo, director of the Karen Department of Health and Welfare, which is affiliated with an ethnic armed group in the east of the country, said since the country’s opening in 2012, cooperation with the Health Ministry and support from aid groups has enabled his organization to obtain malaria drugs from inside Myanmar, rather than have to purchase them across the border in Thailand. 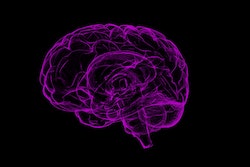 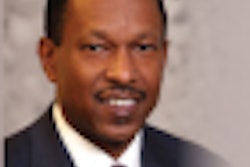