The City University of New York announced that community leaders have hailed the establishment of the first public medical school in Harlem by the college in partnership with St. Barnabas Hospital. The CUNY School of Medicine at City College will accept its first intake in fall 2016. Operating on the City College campus in Harlem with its clinical campus at St. Barnabas Hospital, the new school is the only medical school in the CUNY system.

“In light of all the health issues predominate in the upper Manhattan area, the fact that a medical school will open at the City College of New York is historic and of dramatic importance to the health and well-being of upper Manhattan in particular and the entire New York City in general,” he said.

Butts hoped that the new medical school would be sensitive to the changing racial and ethnic demographics in both the city and Harlem.

Ydanis Rodriguez, Councilmember for District 10 and a 1993 City College alumnus, also talked of the new development as an historic achievement by his alma mater.

“With the establishment of this school not only does CCNY expand its footprint but also creates a new path forward for communities of color to enter the medical field which has sometimes been all too elusive. As an alumnus, I’m especially proud of my alma mater for this historic achievement,” said Rodriguez.

In nearby Washington Heights, Dr. Burnedette Drysdale, principal of the City College Academy of the Arts, a CUNY Early College High School, said the medical school is long overdue.

“It’s a wonderful idea and will make medical school accessible to students who think they can’t afford or aspire to study medicine because schools are far away. Now we have a medical school in our community and this is amazing,” said Drysdale. 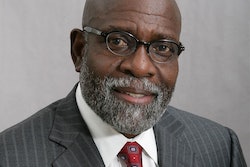 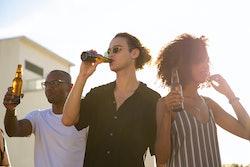