I have not written for the general public since March 2020 in the wake of COVID-19. Individuals needed an outlet to process their emotions, feelings, and opinions. Social media became that outlet and a saturation of life experience had occurred for the better. I cannot imagine surviving without the internet at my fingertips. It kept many of us sane and from going insane under the previous presidential administration and the gravity of the pandemic.

I found myself in quarantine alone and across the nation from my family. For what it is worth, as an academic of color, my thoughts did not materialize to paper, my feelings no longer had a meaning, and my emotions went numb. I was in quarantine alone for a year and a half. No one, but a virial screen and LED migraines were my company and left to console my very being. It would take the latter half of a year, night after night, for a vaccine to be developed and distributed for emergency use. I considered myself lucky as I boarded a flight to Utah where vaccines were in surplus, while in the East they were few and far between.

Making sense of the severity of this pandemic as an activist scholar and a member of the Latinx/a/o community has created much conflict for myself and many others. As an academic community we have swept the topic of death under the rug as if it did not warrant our time to process. This is the first time I will write to the public about the intimacy of death. However, it is the haunting of grief that awaited us all.

Sociologist and professor, Dr. Avery Gordon, conceptualizes haunting as: “one way in which abusive systems of power make themselves known and their impacts felt in everyday life, especially when they are supposedly over and done with (slavery, for instance) or their oppressive nature is denied (as in free labor or national security).” From racial uprisings, corrupt politics, lack of access to health care, and remote learning inequities just to name a few, have exposed the bleak reality that abusive systems have been the ghosts that move in the shadows.

Unfortunately, academia is not free of haunting. In fact, what death and academia have in common is the process of loss. So then what is grief? Grief is the pain associated with loss, and there are different types of loss that warrant varying degrees of pain. To not speak of death or grief in academic spaces only contributes to the spirit-murdering of academics of color and the racial violence associated with it.

Since March 2020, I have had four life changing deaths occur in my family. Most pronounced is the death of my brother. My only sibling died on a hot summer day in late June early July 2021. My favorite season. The sun beat aggressively that day, the flowers died of dehydration, and the hose sprayed beads of fire. No one saw it coming, but this is the fate we were dealt.

I, like many others, have lost family members directly from COVID-19 or indirectly as the consequences of the pandemic have taken an emotional, mental, and physical toll on the body mind spirit of our communities.

What does it mean to be a junior scholar of color being haunted by grief during a pandemic while on tenure track? I have found the following most helpful to acknowledge my own grief during the most difficult times.

I once read that people grow around their grief. That it never goes away, but rather diminishes with time. Grief changes our previous versions of ourselves. However, I have learned from being a scholar of color in academia to write my pain in relationship to death and grief is a practice of non-attachment meant to be bear witnessed. To be attentive to grief in the moment allows you to honor its presence in your life.

Practice grace with yourself and others. One of the hardest tasks I have to do while grieving is to be vulnerable with colleagues regarding the amount loss and pain I am experiencing. To ask for extensions or to let folks know I do not have the capacity is not a practice I was accustomed to prior to grieving. Now stepping away from work to create space to develop patience and wisdom around my own grief is critical to my well-being.

Life is a process of unknowns and as much as we try to control it, we cannot. I have found most comfort by expending grief from my body by practicing yoga and Pilates. One day I was having a difficult time, so I went to a hot yoga class and the teacher opened our practice with a prayer honoring grief. It struck me then and there that this practice was sacred.

I learned that the prayer came from the book by Pixie Lighthorse titled Prayers of Honoring Grief, a self-guide to practice prayer honoring grief from the four directions: East, South, West, and North. It has proven to be a source of healing as I progress through this first year of unknowns without my brother. She states: “What would it be like if we wore a t-shirt that said, ‘I am in the healing process,’ as a reminder to us, those around us, that we are heavy with the important work of tending to grief?”

Many have asked, where have I been, or how I am doing? For now, my response is, “I have stepped away from academic visibility as I am in the healing process, which is the most important work that I will do in life up until this point. Have you taken the time to honor your grief?

Dr. Nichole Margarita Garcia is an Assistant Professor of Higher Education at Rutgers University, New Brunswick. You can follow her on Twitter @DrNich 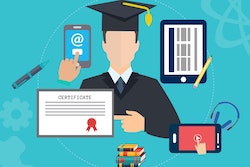 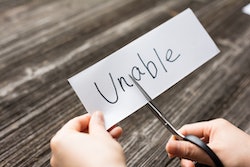 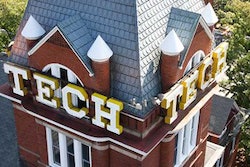 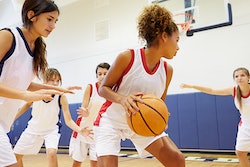